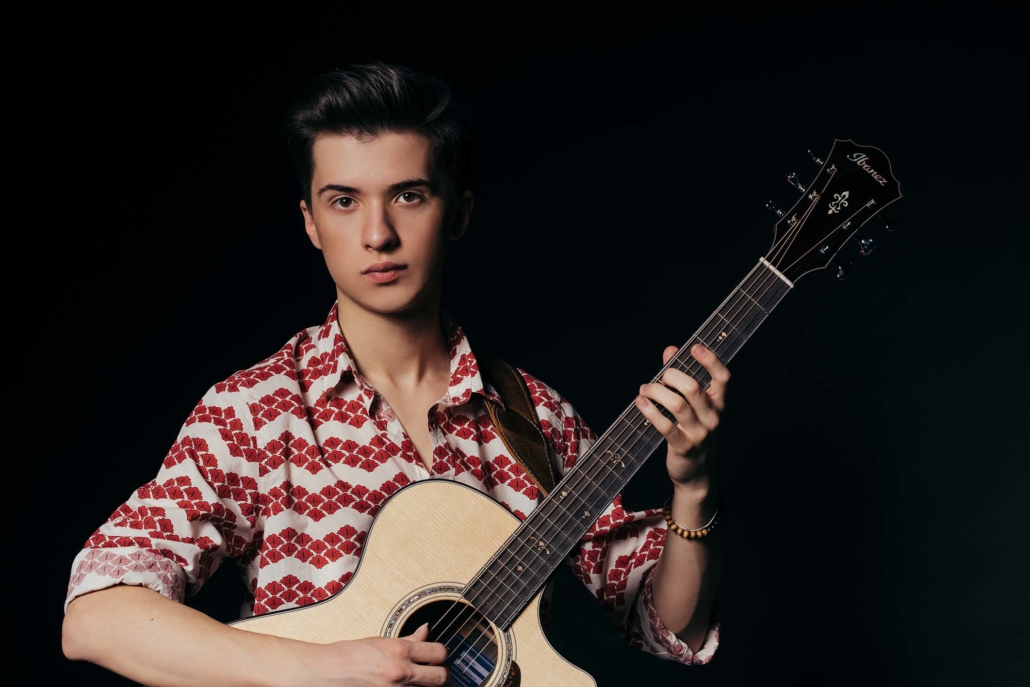 Unlike some other artistic genres, in music the course of genius is usually visible at an extremely young age.

That’s certainly true of Polish fingerstyle virtuoso Marcin Patrzalek from Kielce, who only turned 18 in 2018.

He started playing guitar purely by chance eight years before, at the age of ten; looking for activities for the school holidays, his father had signed him up for a workshop with classical guitarist Jerzy Pikor. Marcin took to the guitar like a duck to water!

After two years of tuition in classical guitar, he started to take flamenco lessons from Carlos Pinana, drew inspiration from Piotr Restecki and taught himself fingerstyle guitar.

He began to develop his own inimitable style, permeated by percussive elements –no wonder, since the young guitarist was also a drum aficionado.

Marcin’s career quickly took off; in 2015 he won the talent show “Must be the Music”; 2016 saw the release of “Hush”, his debut album of astonishingly mature and intense compositions; by 2017 he was studying advanced jazz improvisation at Berklee College of Music and won first place in the International Classical Guitar Joaquin Rodrigo Competition; and in 2018 he won the Italian talent show Tu Si Que Vales and released an EP entitled reVAMP.

Where style is concerned, Marcin knows no bounds; he brings the same passion and force to Beethoven’s Fifth as to Master of Puppets by Metallica.

Along the road that matured this exceptional talent, his most important companions have been his mother, his teachers including Jerzy Pikor and Carlos Pinana, Ibanez guitars – and KLOTZ cables.