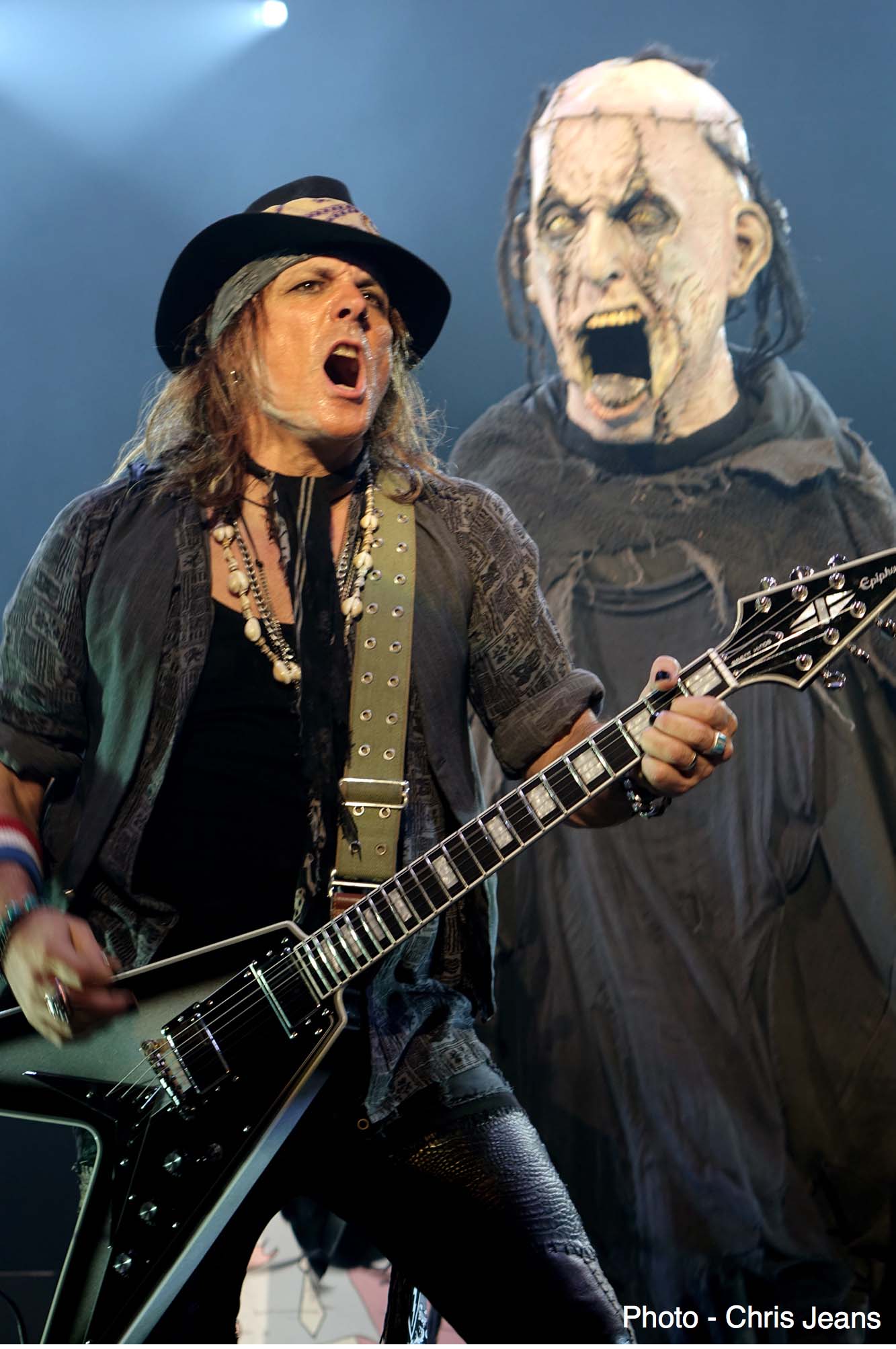 He’s nervous, but he’s fine; he gets the job and a one-year contract as touring guitarist. And the rest is history!

Alice Cooper is still writing songs, still making albums, and still going on tour. And Ryan Roxie, now aged over 50, is still along.

By now he’s notched up a good few decades as a guitarist since he started playing at the tender age of five.

As the son of a drummer in a marching band and a trumpeter, it was obvious he would be learning an instrument from an early age.

At first he followed in his mother’s footsteps and took up drums, but switched to guitar a few years later. A great decision!

As well as a permanent position alongside Alice Cooper, Ryan Roxie was part of Slash’s Snakepit, started the rock band Casablanca in Sweden, his long-standing country of residence, plays in another of his own bands, Roxie 77, teaches guitar, and recorded his first solo album, “Imagine Your Reality”, in 2018.

In 2019 he will tour with all-star band Planet Axe together with guitar colleagues Brandon Gibbs and Joel Kosche.

But what about the man behind the rock star? Well, he’s a real Mr Nice Guy, who took a year off when his small son begged him, “Daddy, stay home!”

Outside music, part of Ryan’s philosophy is his determination to make the world a little better by being involved in charity work including the Pay It Forward Foundation and the Swedish Child Cancer Foundation.

So at KLOTZ we’re delighted to help make his sound a little better with our cables.