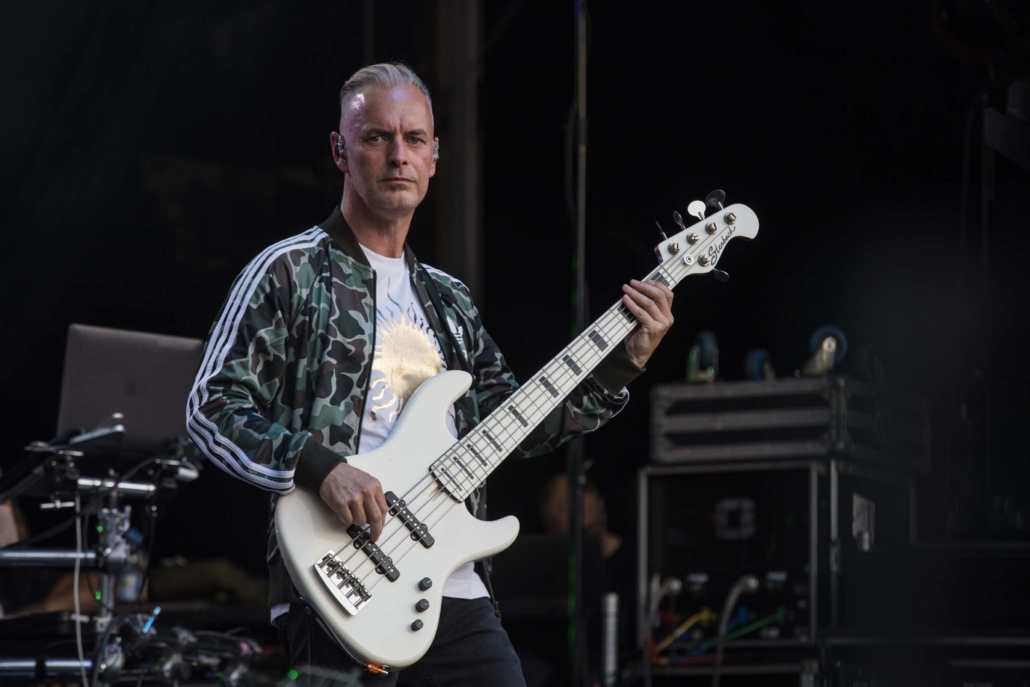 “Whether in the studio or on a big stage, I want my instruments to sound as great as I know they can. Klotz cables sound so good, night after night, tour after tour.”

Bass player Paul Turner may not exactly be a household name to music fans – but the musicians he works with certainly are.

His sexy bass lines have underpinned the cool jazz-funk blend of Jamiroquai since 2005. Since he joined, he has been part of every album and every tour. But Paul has also done studio work with Annie Lennox and toured with her.

To give an idea of the circles he moves in, a brief overview of his credits includes Tina Turner, Bryan Ferry, Tom Jones, George Michael, Seal, Take That, Gary Barlow, Sister Sledge, Lamont Dozier and Will Young.

Paul has appeared pretty much everywhere imaginable, from intimate clubs to theatres, festivals and arenas, from the Hollywood Bowl to Ronnie Scott’s, from Madison Square Garden to Sydney Harbour.

He’s even got an entry in the Guinness Book of Records for playing a gig on board an aircraft. This diversity of work is based on Paul’s ability to slip easily and authentically into a host of styles.

He’s nowhere near satisfied to lean back and relax; he continues to tour with well-known stars and new faces. But his focus remains on Jamiroquai.