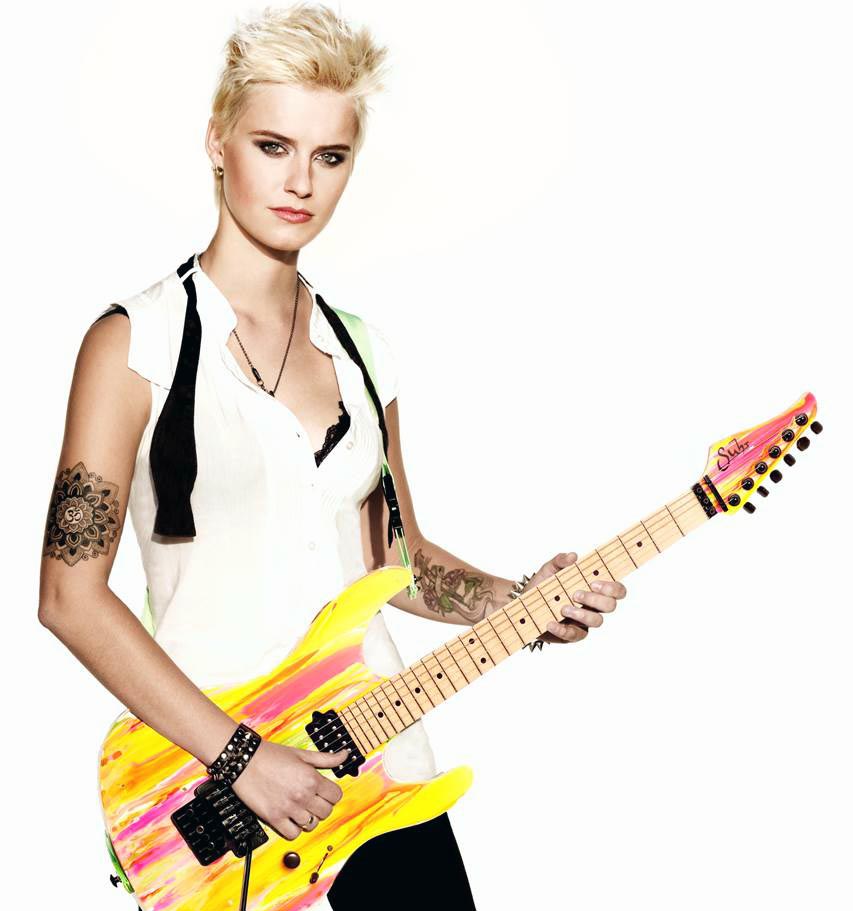 Yasi is as purposeful about her choice of equipment as she is about her career:

“I’m looking for an organic sound. And I’ve found the perfect cable I need to get it: the KLOTZ LaGrange. It delivers pure sound – just what I want.”

Yasi Hofer first picked up an electric guitar at the age of twelve, with the idea that it would be cool to learn after taking violin tuition as a kid.

Good thing that her guitar teacher introduced her to Steve Vai’s music – from that moment onwards she knew her future was going to be all about music.

She posted her versions of Steve Vai songs on YouTube – and as fate would have it, the maestro himself sat up and took notice, following her progress as she learnt and grew.

Yasi’s big day was 3 July 2007, when – at the tender age of 15 – she was invited to join Steve Vai on stage in her home town of Ulm, Germany, and perform “Answers” from the “Passion and Warfare” album.

The next day she was splashed all over the local newspapers.

She dropped out of school to attend Stuttgart Music School for three semesters before following in the footsteps of her one and only idol, Steve Vai, and being awarded a scholarship for the prestigious Berklee College of Music in Boston.

Back in Germany, Yasi began to hone her songwriting and released her debut CD in 2014, called simply “Yasi”.

Her friendship with Steve Vai has continued, and she has played with him on stage on two further occasions.