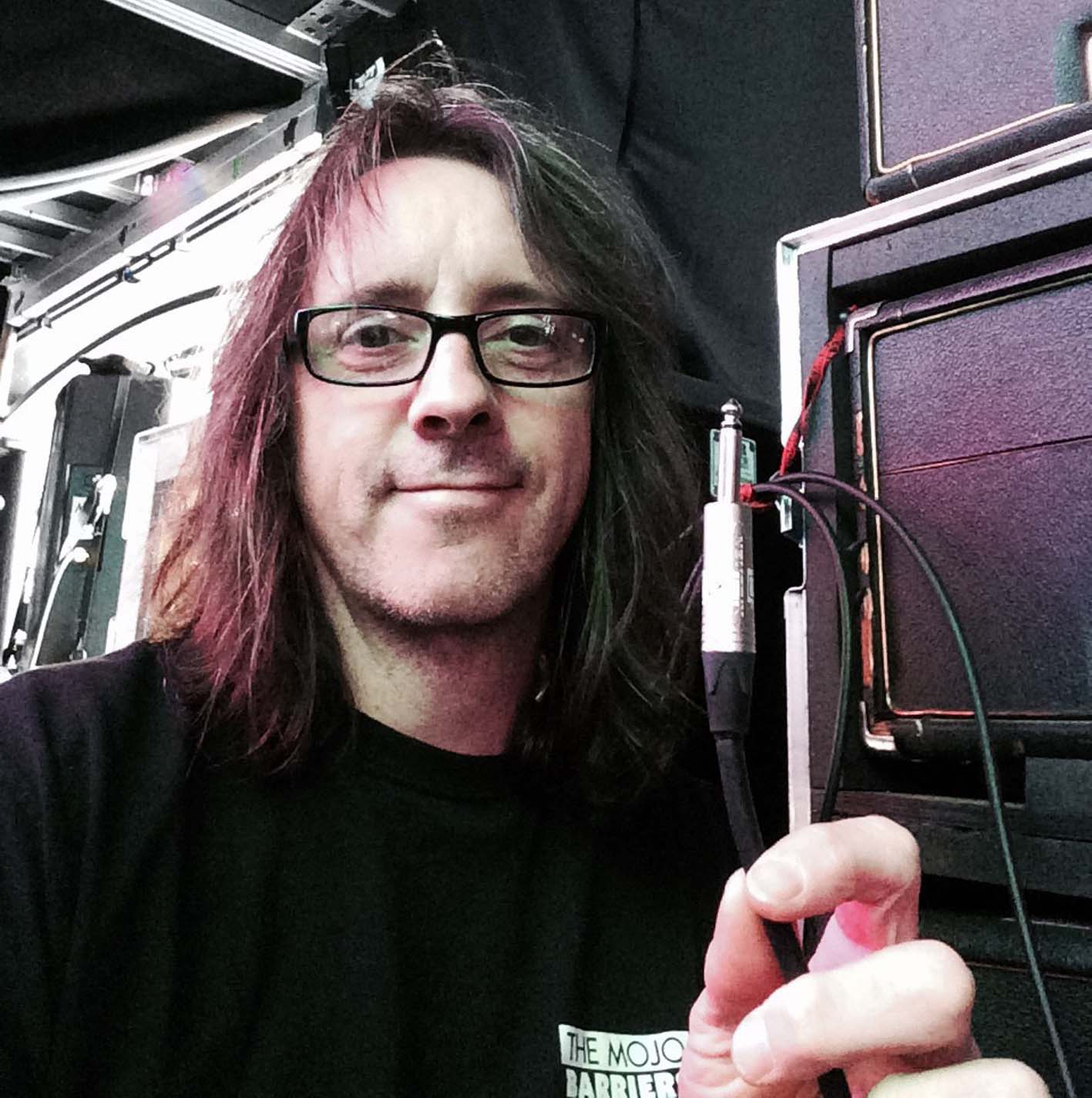 “Once we needed a 30-m cable for a huge stage. I did a blind test with 6-m cables from other brands. Even at that length, the KLOTZ cable sounded way better. KLOTZ cables deliver crisp, shimmering highs and fat basses. I recommend KLOTZ!”

For many guitar fans, Trace Foster has a dream job – as the guitar tech for Joe Perry (Aerosmith).

He’s been with Aerosmith for over six years now, surrounded by the ultimate in top-flight equipment – but it all needs to be kept in good order.

Like his boss, Trace is a fanatical guitar collector and took in rock music with his mother’s milk. His heroes – in addition to Joe himself, of course – are Michael Schenker and Randy Rhoads. He freely admits that working for someone like Joe Perry is an absolute dream job.

They sometimes hang out in music stores on their tours – but not too often. As Trace comments sardonically,

“Every time we go to a music store or a pawnshop I end up with a few more battered guitars to take care of. We’re already travelling around with over 40 guitars! Why should I make more work for myself?”