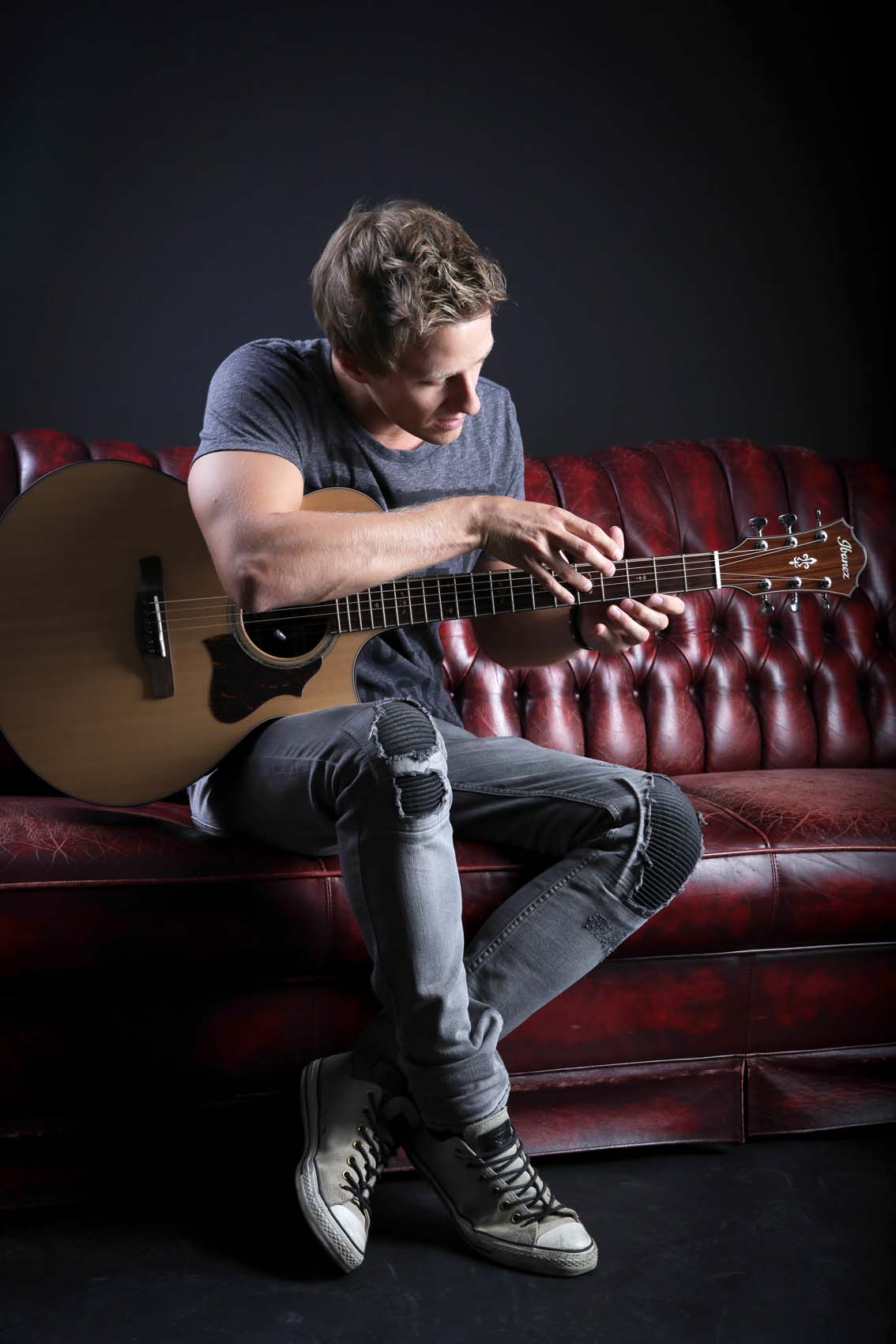 Tobias Rauscher first picked up a electric guitar at the age of 14.

He joined a series of bands before deciding to focus solely on acoustic guitar in 2010.

Influenced and inspired by greats such as Tommy Emmanuel and Andy McKee, Tobias developed a personal style best described as “modern percussive fingerstyle”, in which he combines melodies with percussive elements in compositions that scale the heights of sophisticated technique.

Tobias releases his songs in media channels including YouTube, where he has his own channel with over 300,000 subscribers and a total of over 40 million clicks.

In 2015 he set up his “Guitar Academy” and passes on his expertise to ambitious guitarists.

His book, “Fingerstyle Guitar Secrets“, was published in 2017.

Tobias Rauscher is a well-known presence on the international live and workshop scene.