The Beatles again! The Fab Four were the trigger for many an aspiring musician – and eight-year-old Günter Asbeck was no exception. Starting with guitar, he moved to bass aged 11,understandably enthralled by Paul McCartney’s irresistible bass runs.

Many years of tuition lay ahead before his passion would bear fruit; his bass playing joined a timetable packed with singing, musical theory and composition. But still the multitalented musician from Cologne spent decades as an amateur, and only decided to turn pro in his thirties.

But Günter Asbeck has also built an impressive reputation as a producer, singer, songwriter and remixer. He created a remix of “Crockett’s Theme” (Miami Vice) with Jan Hammer in 2006 and also gave “Living in a Box” and “You Give Love A Bad Name” the remix treatment.

A solo album, the ultimate project for any musician, is already in the starting-blocks, to be named “Evolve”. Here, as in all his studio and live dates, Günter Asbeck relies on cables by KLOTZ. His preference is for Titanium and TM Stevens Signature cables for bass, and the M2 microphone cable. 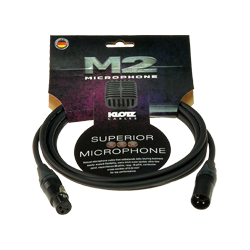