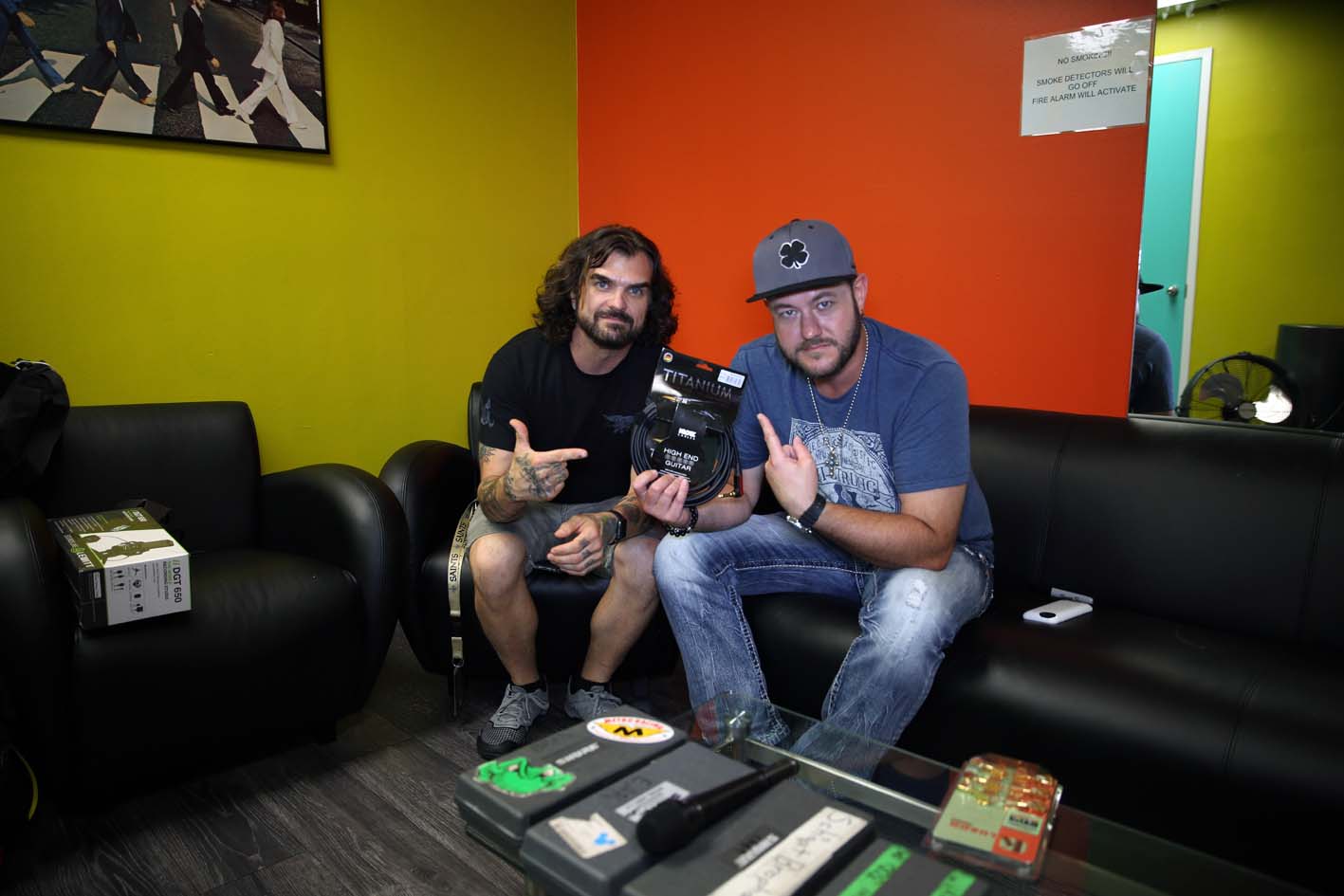 3 Doors Down’s Chris and Chet are well aware of how inferior equipment can be a curse in studio work. That’s why they choose KLOTZ Cables. As Chris Henderson reports,

“In the studio you use the same equipment, the same cables for weeks and months. You get used to the sound, and you notice if someone plugs in a different cable. I play with KLOTZ TITANIUM – super-quiet, and delivering sound quality that’s audibly better than other cables. My TITANIUM is 7.5 metres long. Normally you would expect some signal loss – but I don’t notice a thing with my TITANIUM. A fantastic cable that I can only recommend.”

“Silent Plug is fantastic – it’s great to plug an active guitar in and out without any noise! Our mixer loves it too. Go get yourself a KLOTZ!”

These chart-toppers come from Escatawpa, a town in Mississippi with a population of 4,000.

Matt Roberts, Brad Arnold and Todd Harrell started out as a nameless trio until a near-illegible sign over a club in Alabama inspired the band’s name.

The sign said “Doors Down”, and there were three of them – once the name was established, nothing could stop them.

Their demo release, “3 Doors Down”, included an original version of “Kryptonite”. As local radio listeners increasingly demanded the song, the music industry began to sit up and take notice of 3DD.

After a showcase at the legendary CBGB’s in New York, a record deal with Universal was a cinch.

The band’s breakthrough came with their album “The Better Life”. 3DD have scooped numerous gold and platinum records, with their debut album alone harvesting 6x platinum.

3 Doors Down’s brand of power rock with mainstream appeal has sold over 20 million records so far.

“Loser”, the follow-up single to “Kryptonite”, topped the mainstream rock charts for 21 weeks – longer than any other song.